27 July 2022: London-based Palefire Studio has launched the U/V Collection, a group of sculptural lamps made from modular paper-pulp pieces and informed by historical art and design movements.

Based on U and V shapes, the collection comprises modular pieces moulded from recycled paper pulp. The modules were designed to be stacked in different formations, which can be used to create a wide selection of lamps.

The collection is the first release from Palefire Studio, which was founded by multidisciplinary creative Rowena Morgan-Cox. It was inspired by art movements. 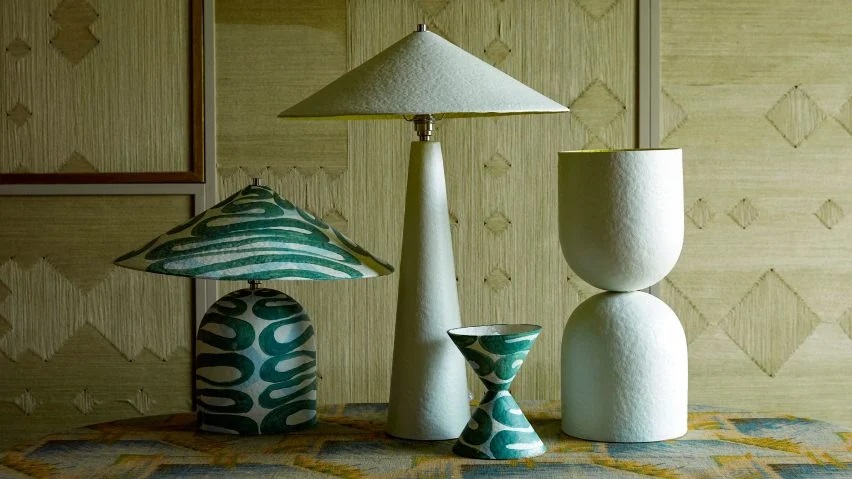 By producing a modular system, Palefire Studio hopes to reduce waste by encouraging the reuse of each separate piece to create new lamp formations.

"The smallest cone, for instance, is simultaneously used as the shade of our Diabolo lights or the ceiling rose for our pendant lights," the studio said.

The most ambitious design from the collection, the Totem floor lamp, is composed of fourteen stacked parts.

The designer aimed for the collection to be simple and pared back.

"Before I designed the U/V collection, I actually designed a totally different collection based on waves," Morgan-Cox told Dezeen.

"The collection was much more complicated in its forms and would have involved separate moulds for each design, possibly up to 20 moulds or more for the whole."

"I scrapped the first designs and was resolved to design a collection that was much more refined and pared back," she continued. "I wanted to create the maximum impact with the least number of moulds." 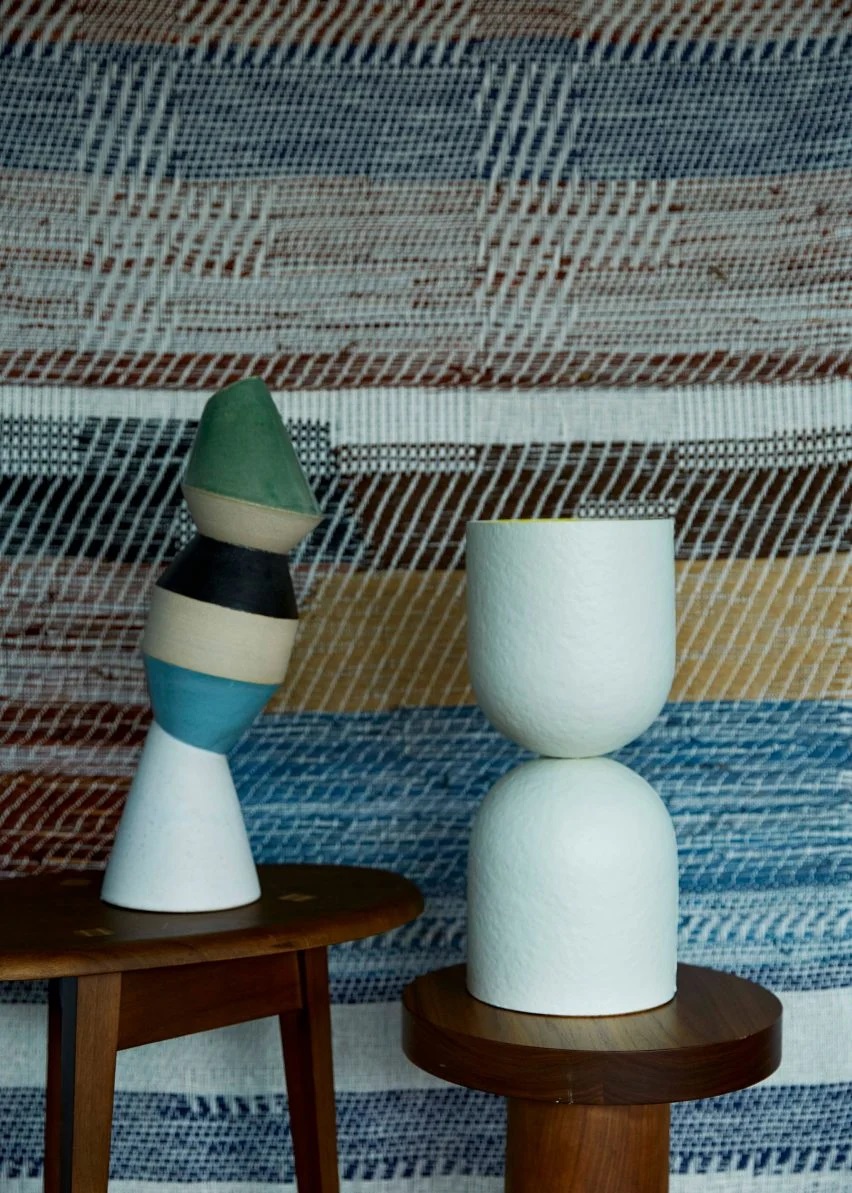 The modules are manufactured in small batches at a workshop in Barcelona, before being painted with low-VOC paints.

"Our lamps start life as printed paper and cardboard boxes," said Morgan-Cox. "This paper waste is processed just outside Barcelona by a small, family-run workshop that has been manufacturing paper pulp products since the 1890s."

Here, the waste is injected into moulds before being left outside to dry in the heat. The rest of the manufacturing process takes place in the UK.

"The paper pulp shapes are painted by hand in our tiny studio in Vanguard Court, South East London," said Morgan-Cox.

The lights are then coated with paint produced by a manufacturer that uses geothermal, hydropower and wind energy to power their plants.

"Each of our lights is made to order, so the hand-painting process only begins once a sale has been confirmed. This is important in limiting wasted stock," she continued.

According to the designer, painting the surfaces by hand also helps to reduce waste by making it easier to extend the lifespan of the products.

"We don’t think recycling the body and shade of the lamps is currently possible because of the painted surface," said Morgan-Cox. "Instead, the paint itself can be replenished and losses can be filled to extend the lifespan." 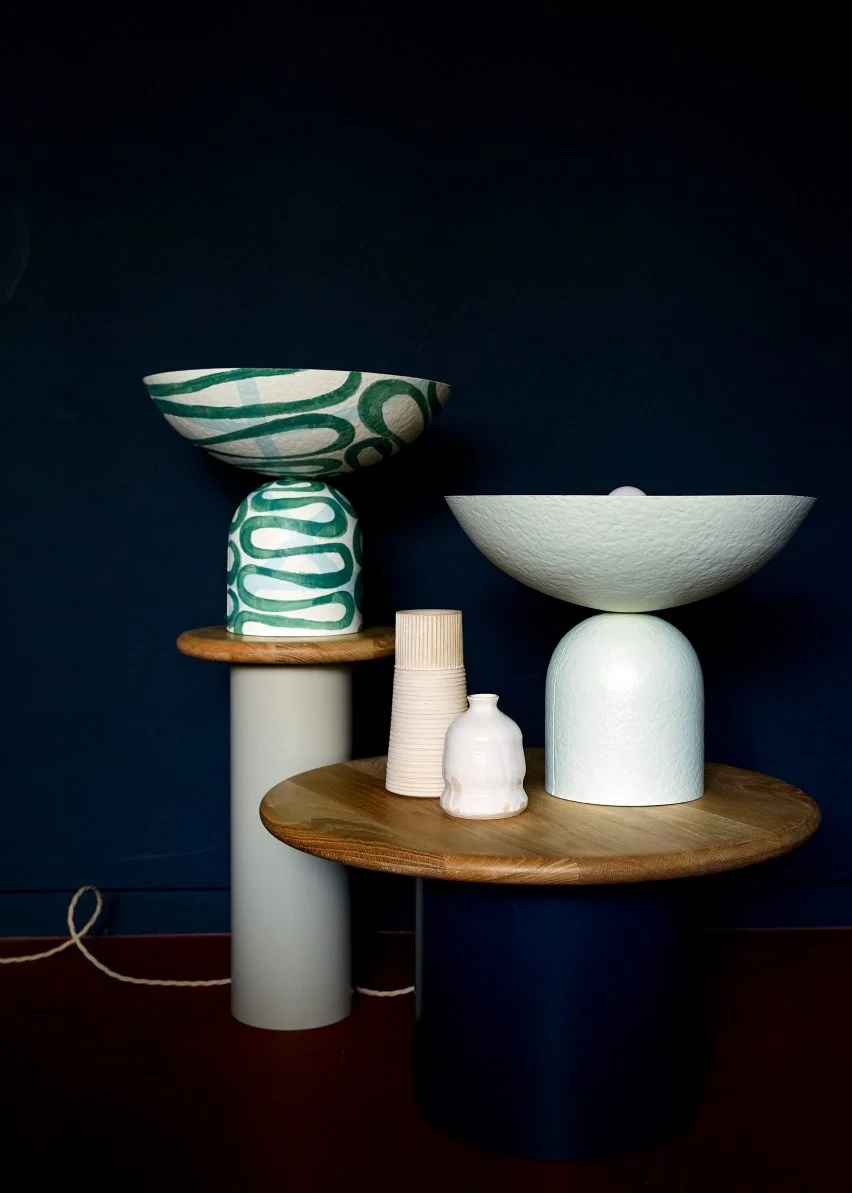 As alluded to by its name, the U/V Collection, the lamp configurations were all built up from U and V shapes.

"From these drawings emerged a system of using domes and cones – the U and V shapes of the collection’s name – the cavities of which could either surround the lampholder and reflect light or conceal the electrical parts and structure."

Other lamps featured on Dezeen include Folkform and Roland Hjort's collection of table lamps informed by pleated clothing and Layer's lamps based on silkworm cocoons. 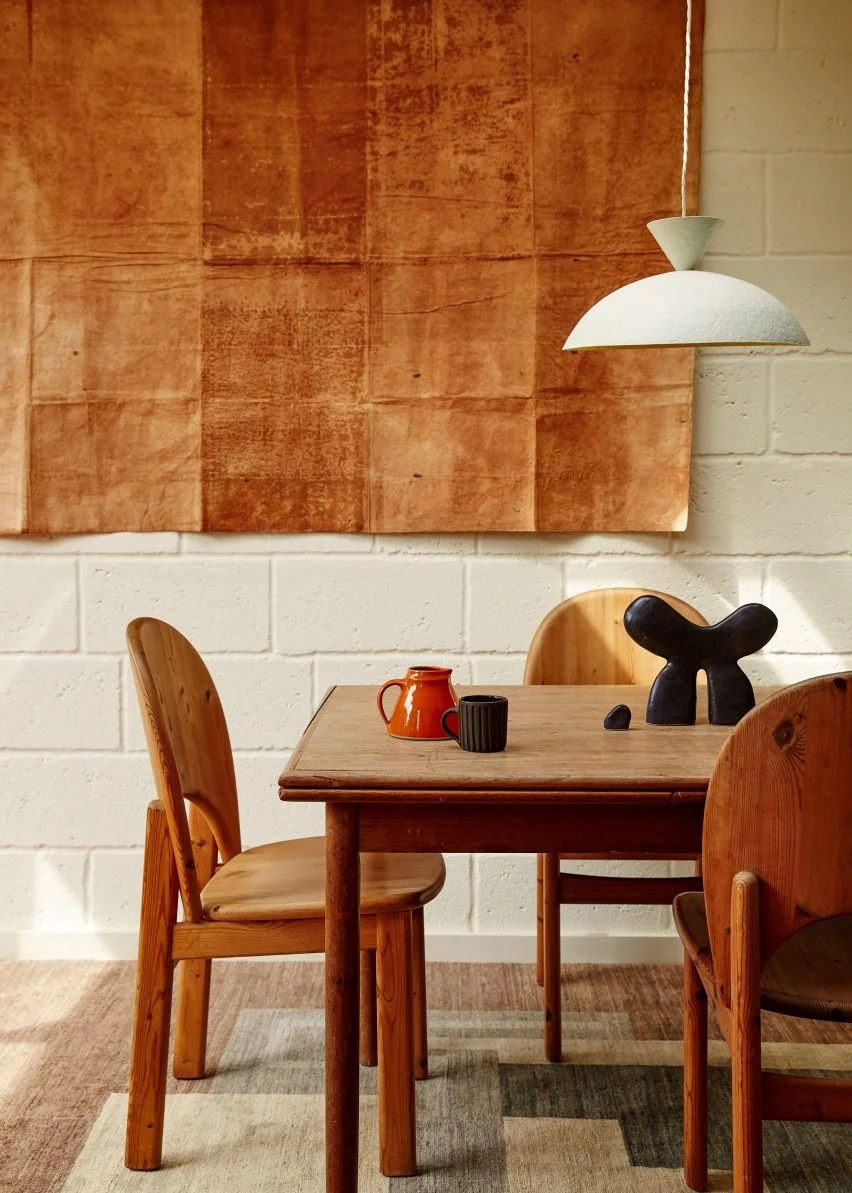