Germany to speed renewables push due to Ukraine crisis

28 Feb. 2022. Germany aims to speed up wind and solar energy projects, the economy ministry said on Monday, as the war in Ukraine underscores the need to reduce reliance on Russian gas.

The country, which uses gas to heat half of its households, also announced plans to ensure the country's gas storage facilities are full at the beginning of winter, irrespective of operator interests, the ministry said. read more

Cutting back on Russian gas - which accounts for half of German imports - will be tricky for Europe's largest economy as it is already set to exit nuclear power this year and coal-fired energy by 2030 to help it reach climate change targets. 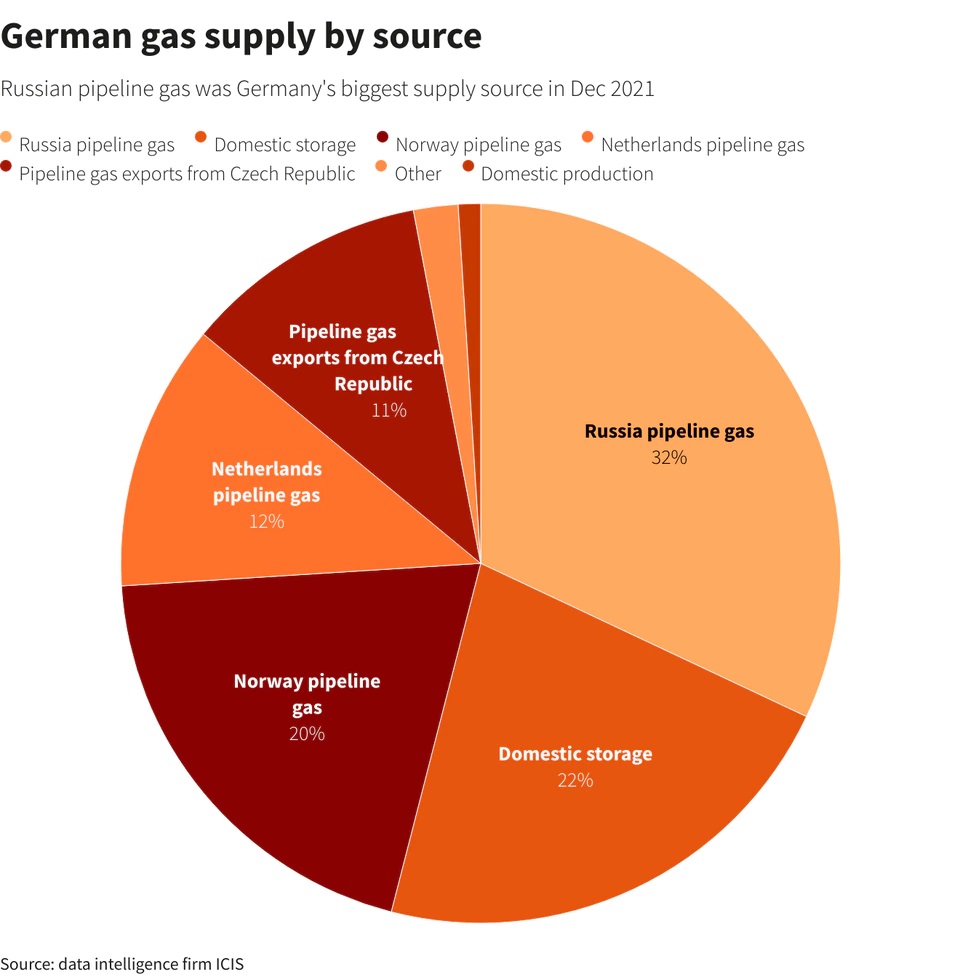 Economy Minister Robert Habeck, a leading member of the Greens party, noted that Germany needed to take a range of steps, including diversifying its sources of imports.

"We need to admit that in the past we have been too reliant on Russian imports," Habeck told journalists ahead of a European Union meeting in Brussels.

"In the medium and long term, we are going to significantly reduce the consumption of fossil fuels."

Habeck's ministry plans to speed up the passage of the Renewable Energy Sources Act (EEG) through parliament so that it can come into force by July 1.

The act would see Germany suspend cuts to subsidies for new solar panels on roofs this year and increase solar tenders to 20 gigawatts by 2028 from about five gigawatts now, keeping them at that level until 2035, the ministry said.

Germany would also boost tender volumes for onshore wind energy to 10 gigawatts (GW) annually by 2027 from about two gigawatts now and keep them at that level through to 2035.

These steps would help renewable sources account for 80% of Germany's electricity needs by 2030 and all of them by 2035, compared to a previous target to abandon fossil fuels "well before 2040", the ministry said.

However, Habeck rejected calls for Germany to reconsider exiting coal and nuclear power in light of Russia's invasion.

"Coal and nuclear are not alternatives for Germany," he said, noting that half of Germany's coal was also imported from Russia and adding that it would not be possible to keep nuclear plants online as they do not have approval to keep running.