Insulation made from the roots of fungi which have been fed on waste will go into production at a former paper mill.

The project is a partnership between bio-tech firm Biohm and local social enterprise Onion Collective in a bid to "reinvigorate" Watchet in Somerset. 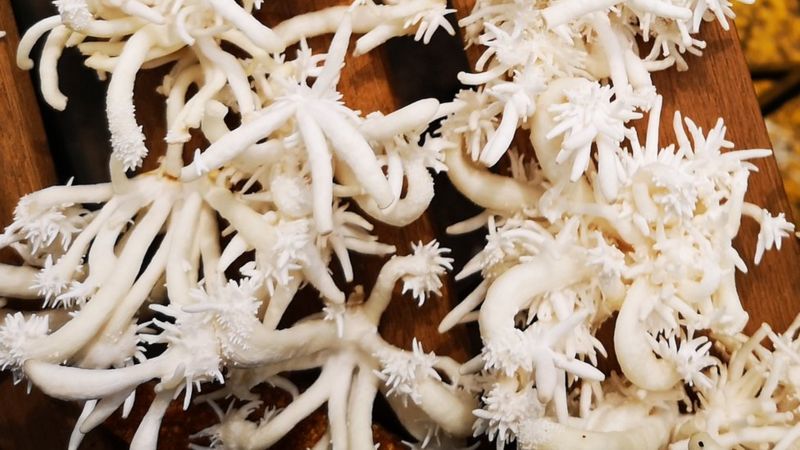 Wansbrough Paper Mill closed in 2015 with the loss of nearly 200 jobs - almost a fifth of the town's workforce.

Enough insulation, moulded from long thread-like roots of fungi, is expected to be produced for 10 houses a month.

It will also employ 11 people initially, rising to 50 by the end of next year.

Sally Lowndes, from the Onion Collective, said when the 250-year-old paper mill closed in 2015 it had a "huge impact on the community".

"We lost almost 200 jobs overnight and a huge part of our identity," she said.

"So we did a big piece of work that looked at what a new time and place-appropriate industry could be."

After carrying out an 18-month feasibility study and exploring "lots of different options" including insect farming, it decided the "21st Century industrial future for the town" was in growing insulation panels.

"We've employed our first two members of staff - which is really exciting - we've got a master mycologist and a production manager," she said.

"The next big milestone will be moving into production, early next year."

According to Biohm, the roots of mushrooms or mycelium not only "outperforms petrochemical/plastic based" materials in thermal and acoustic insulation but is also "safer and healthier".

Ehab Sayed, the company's founder, said it was a "very natural process".

"We take the mycelium or vegetative root structure which is underground and we feed it waste and by-products from industrial processes and farms nearby and the process creates insulation panels," he said.